Brown is probably one of the most common colors in nature. But that doesn’t mean that it can’t be beautiful! Even though brown animals tend to blend in with their surroundings, they have their own unique beauty when you look closely enough.

Here are some of the most beautiful brown animals found in nature:

The copperhead is a common venomous snake, but its bite is rarely fatal. In many cases, a threatened or surprised snake will deliver a “dry bite” with no venom. If the threat persists, it will likely bite again, this time using its venom.

The brown fish owl has a very large range (more than 4,300 miles), so it’s not surprising that there are four subspecies. The coloration of the different subspecies varies somewhat; some are a pale reddish brown, while others are closer to seal brown.

The Thoroughbred is a breed developed primarily for racing. But horses of this breed are incredibly athletic, so they tend to succeed in many different equestrian disciplines, including show jumping, eventing, dressage, fox hunting, and more.

These beautiful skinks have quite a large range. But they can be a little harder to spot than other skink species. They rarely climb trees, preferring to wriggle through the leaf litter of their forest habitats.

The name of this bird can cause some confusion. It is sometimes called the “brown pigeon” or the “pheasant pigeon.” However, brown doves and pheasant pigeons are actually completely separate species.

The Bactrian camel is exceptionally sturdy and rugged. It can survive both incredibly cold and incredibly hot temperatures: it tolerates cold up to -22 degrees Fahrenheit and heat up to 122 degrees Fahrenheit. It can go for months on end without water. However, when it does find a water source, it can drink nearly 60 liters at once!

This hardy and long-living turtle was once commonly kept as a pet. It’s still possible to own one, but pet ownership is restricted by laws to protect the turtles. Possessing a wild-caught turtle is illegal, and captive-bred individuals must be registered.

Though it’s common, this butterfly species has a truly mesmerizing pattern on its wings. Even when its wings are closed, you can still see eyespots and some orange barring. There’s some color variation between individuals, but the basic pattern remains the same.

This bird’s name comes from the fact that it is one of the smallest bunting species in the world. Its species name, pusilla, is a Latin word that means “very small.” If you aren’t too familiar with different bird species, it might be hard to tell it apart from other small brown birds.

This striking monkey has a very small range, and it’s also considered to be critically endangered by the International Union for the Conservation of Nature (IUCN). Habitat destruction, disease, and competition with the golden-handed tamarin all contribute to its continuing population decline.

Like other pangolin species, this one is covered with keratin-rich scales that make it look like an artichoke. Much like an armadillo, it uses its scales to protect itself if need be. Since its belly is soft, it can curl up into a ball to protect its belly in case of attack. The scales on its tail are also sharp enough to seriously injure a would-be predator.

Much like various rodent species, the Mediterranean house gecko has become a highly successful species in many areas of the world. Its population has grown with the expansion of the human population. Part of that’s because it tends to take shelter in various parts of houses and other human-built structures.

Thanks to its beauty, the white-crested laughingthrush is a popular pet bird around its native range. Escaped or released birds have also formed colonies that extended its range. This species is sometimes sold in the United States and the United Kingdom, but they don’t seem to have started any wild colonies there.

As is the case with many other animals with large ranges, the rusty-tipped page has a few different subspecies. Some of them have minimal or nonexistent rusty tips on the upper wings, but they all have the same rich red-brown underside.

The name of this lizard makes it sound as though it cannot hear at all. However, while it has no external ear openings (or any evidence of ears), it is capable of hearing. While it is sometimes found in captivity, its bite is deeper than that of most lizard species!

This lovely bird is the state bird of Georgia, though it also inspired the name of a hockey team! At one point, Atlanta had a National Hockey League team called the Atlanta Thrashers.

Labrador retrievers are one of the most popular pet dog breeds. But not everyone knows that there are two separate types of the breed: some dogs are bred for the field (retrieving ducks for hunters) and others are bred for show.

This extremely versatile trout has several different populations. Some live in rivers and lakes and others spend most of their lives in oceans. The fish has been introduced to areas all around the world including Australasia, North America, South America, Asia, and parts of Africa.

The bison is the national mammal of the United States, but in the 1900s, it nearly became extinct thanks to both hunting and slaughter. In 1889, there were only 541 known animals. But by 2019, it was estimated that there were about 31,000 wild bison.

Like other kingfisher species, this one is an adept hunter. It can dive into the water to catch fish, and it also will swoop down to the mud to snatch up wandering crabs.

The southern flannel moth might be pretty, but its caterpillar is downright dangerous. It looks like it’s covered in shaggy hair, but these are actually spines that cause an extreme reaction when they contact skin. Victims have described the pain as feeling like a broken bone!

As you may have gathered from the picture, this lizard’s name comes from the fact that it has a row of small, prickly spines along the nape of its neck. Along with other members of its genus, it can commonly be found in the pet trade.

The brown booby makes an exciting sight for birdwatchers! While it is somewhat clumsy when taking off, it dives into the ocean at incredibly high speeds to catch fish. They also will sometimes steal the catches of other seabirds.

This small, pretty bird is sometimes found in the pet trade. You might hear it called the nutmeg mannikin or the spice finch. It also is frequently caught for use in Buddhist ceremonies, but the birds are usually turned loose later.

The whitetail deer has a much wider range than most people realize. However, since its range is so extensive, it is divided into 26 different subspecies!

This skink is somewhat unusual in that it tends to form large groups, much like birds form flocks and mammals form herds or packs. The IUCN considers the species as a whole to be of least concern, but one of the three subspecies is considered to be endangered.

Often, the national birds of tropical countries are bright and distinctive. However, Costa Rica chose the clay-colored thrush as its national bird. It was chosen for its especially beautiful song that often signals the start of the rainy season.

The term “praying mantis” covers more than 2,400 species of insects! And thanks to their size and highly unusual appearance, they are one of the relatively few insect species kept as pets.

The Kodiak bear is a subspecies of the brown bear. It’s also the second-largest type of bear in the world, with the polar bear being the largest. Although brown bears in general have a fearsome reputation, they usually will avoid encounters with people wherever possible. Fatal human/bear encounters are rare, but it’s estimated that a Kodiak bear injures a person about once every other year.

This lizard is typically a relatively nondescript brown. However, when attracting females, males have an extremely bright gular appendage (extended throat) that is black, red, and blue. The coloring is bright enough that females can see it from far away.

The masked lapwing has a highly unique feature you don’t often see on most species of birds. Each wing has a bright yellow “spur” at the joint. The spurs can be hard to see when the wings are folded, but when the bird is in flight, you can see them clearly! Thanks to this feature, you might sometimes hear it called the spur-winged plover.

This large snail is sometimes called an escargot, as it is the species typically used for food. Historically, it was enjoyed by Romans and Greeks, but it is now most commonly found in French cuisine. Since these snails are quite challenging to breed and raise in captivity, they are rarely commercially farmed.

This odd-looking animal is also called a strandwolf, and it’s the rarest species of hyena in the world. Unfortunately, the IUCN classifies it as being near threatened. Much of its population decline is due to it being killed by farmers who believe it is a threat to livestock. However, while brown hyenas will feed on the carcasses of dead farm animals, they will not kill livestock.

The leopard frog is probably one of the most easily recognizable frogs in North America. It can be found relatively easily, as it tends to stay in lawns and other grassy areas in the summer months. This frog also shows some promise in the medical world. It produces some compounds called ribonucleases that may be able to treat certain forms of cancer.

Like other species of discus, the brown discus is a common aquarium pet. Discus fish have been bred to exhibit a range of different colors. Many discus hobbyists are quite serious about their fish and even take them to public fish shows.

Based on the name, you might think this cat comes from Ethiopia (formerly called Abyssinia). However, the name comes from the fact that the first Abyssinians to be shown in England came from Ethiopia. The breed most likely came from coastal areas of Southeast Asia and was brought to the rest of the world by merchants and other travelers.

As its name suggests, this monkey is a lot more rugged-looking than most capuchin species. Unfortunately, its population is in decline. The IUCN first listed it as vulnerable in 1995. By 2008, it was considered to be endangered. Both hunting and habitat destruction have negatively affected its numbers, and its range is also relatively small.

This toad can be divided into three separate subspecies: the eastern American toad, the dwarf American toad, and the comparatively rare Hudson Bay toad. Thanks to its thriving population and large range, it is not considered to be at any risk for extinction.

The okapi is one of the stranger animals on the list. It is sometimes called the zebra giraffe thanks to its resemblance to both animals. However, it is much more closely related to the giraffe than the zebra. It is often hunted for its beautiful skin and for bushmeat, leading to its being classified as an endangered species.

This bird is the one most people picture when they imagine a sparrow. It’s able to live almost anywhere and frequently lives near people. As you may have gathered from the name, it sings a number of fairly complex songs.

You might be surprised to hear that this spider is actually edible! It’s often eaten in South America; the hairs are singed off and it is roasted in banana leaves. People who have tried it often say that it tastes like shrimp. It’s also the largest spider in the world by mass.

Brown Animals From Around the World

Maybe you recognize some of the brown animals on this list. But you’ve hopefully discovered some new ones, too. Wherever you are in the world, keep your eye out for some of these beautiful creatures! 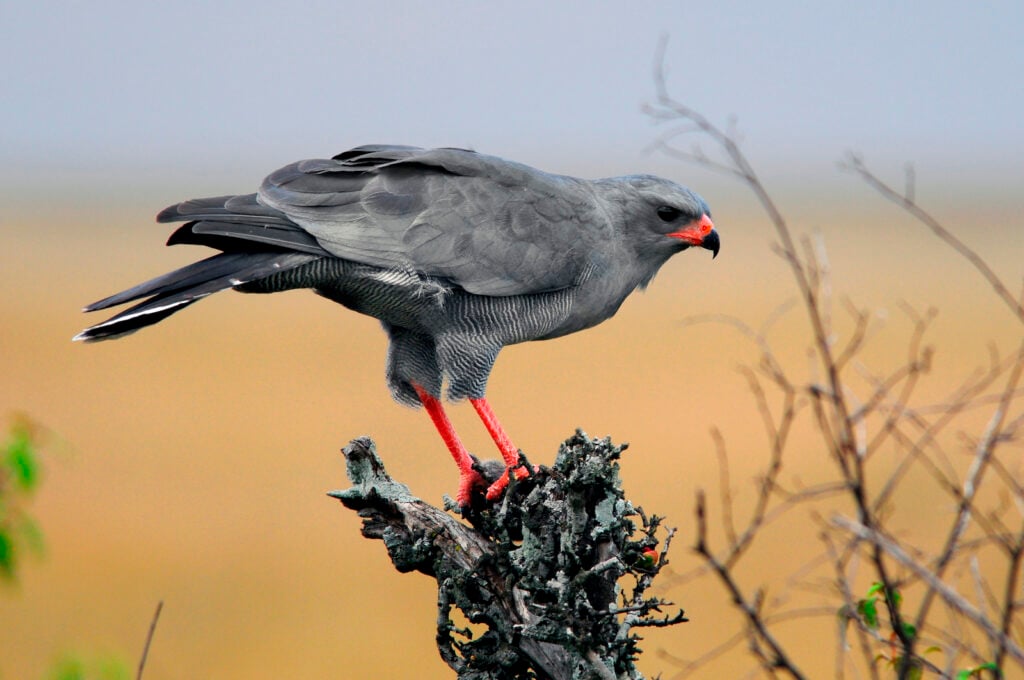 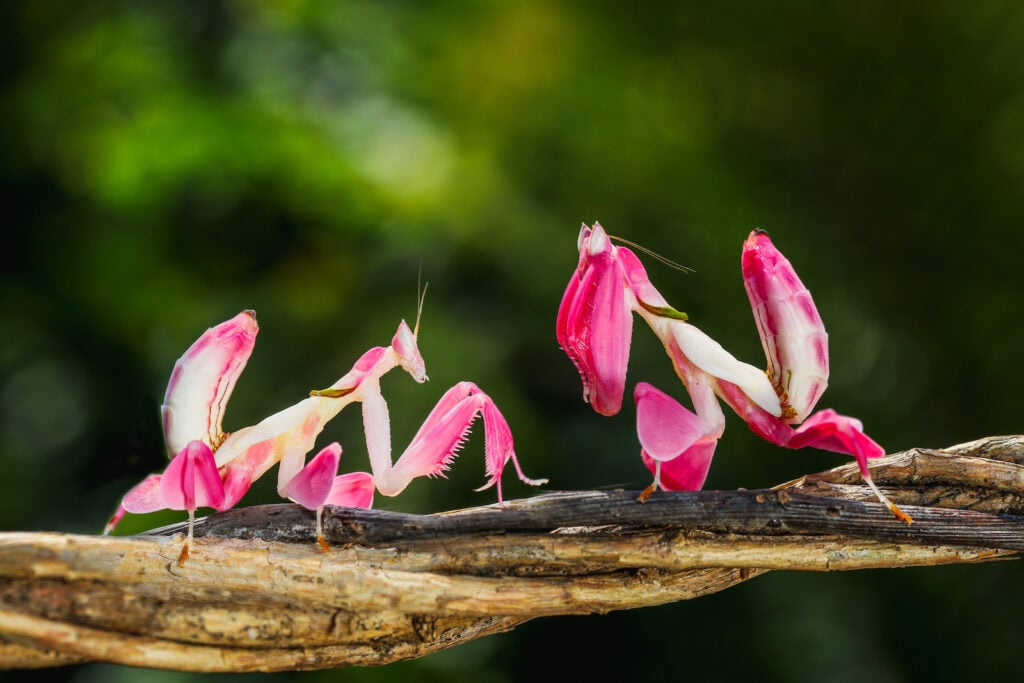 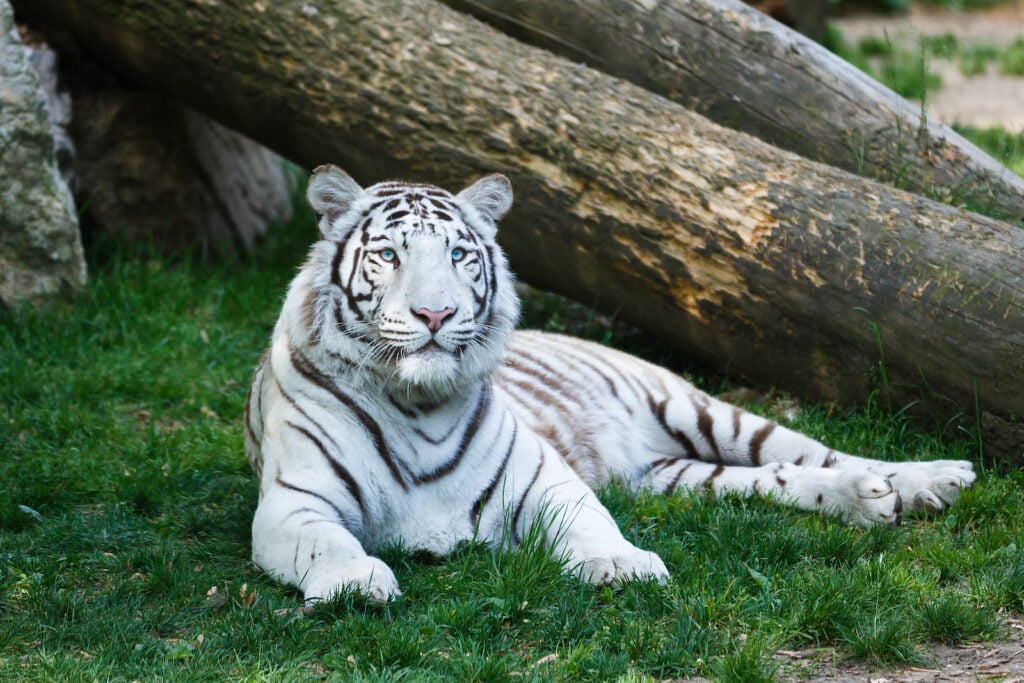 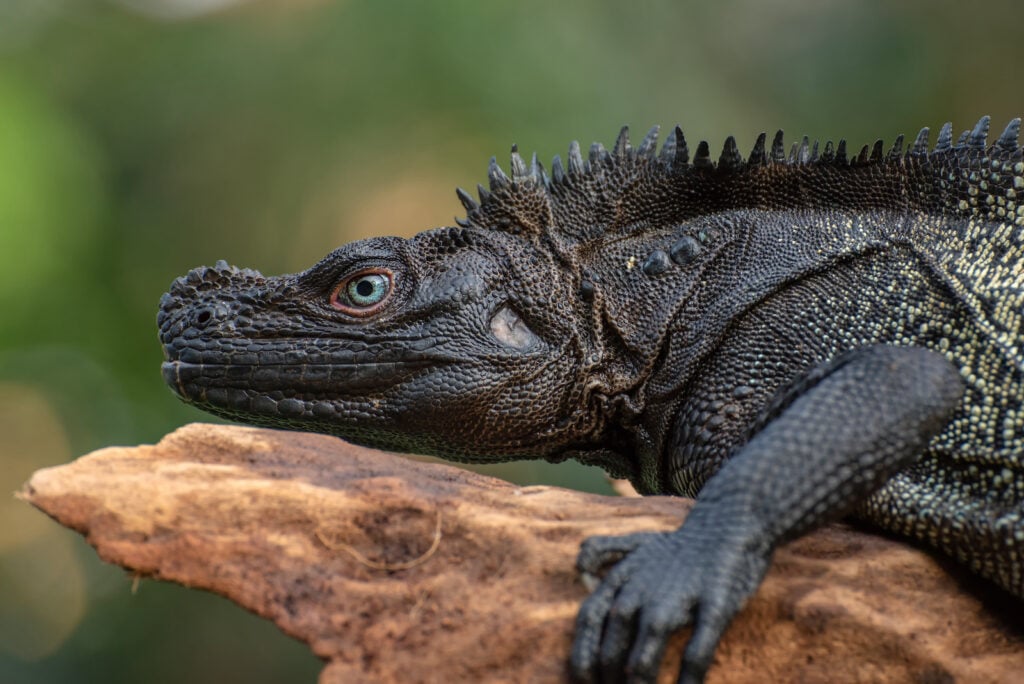