When trying to determine the difference between dominant and recessive colors, the most important thing to remember is that dominant colors always stand out. A dominant color creates a single point of focus on a photograph, poster, or sign. It is essentially the spot that your eyes are drawn to. Recessive colors on the other hand fade into the background.

As such, it might seem like the difference between dominant and recessive colors is a very simple one. However, it is pertinent to gain a full understanding of both to effectively use color in all types of situations.

Dominant colors have a tendency to stand out. When you look at something, it’s the color that you see first, regardless of how many other colors might be involved with that particular object. It is important to remember that there are a number of different things that can affect how dominant or recessive a color is, all of which will be discussed later. For now, it’s enough to understand that dominant colors grab your attention. It’s also interesting to know that there are a number of different colors capable of filling this role. Furthermore, there are even psychological aspects of using dominant and recessive colors.

Which Colors Are Most Dominant?

As previously mentioned, the color that is most dominant can be affected by a number of different factors. Typically, colors that are considered innately dominant involve any primary color on a color wheel, such as red. There are two reasons for this. First and foremost, it isn’t possible to use other colors in order to create these primary colors. In addition, these colors have a natural tendency to stand out even when surrounded by other bold color choices. However, pure hues of both secondary and tertiary colors can also serve as dominant colors.

It may sound confusing, but it is actually fairly easy to understand when looking at an image filled with both dominant and recessive colors. Recessive colors have a tendency to fade into the background. On the other hand, dominant colors stand out and grab your attention.

The Psychology of Dominant Colors

It may not come as a surprise that colors and psychology are widely linked. In short, people have a tendency to associate certain colors with particular character traits. This has long been used in marketing to get the attention of people as well as to convey messages about the company involved.

Think about it this way. People routinely associate red with passion, happiness, and even excitement. As such, a number of corporations tend to incorporate the color red into their marketing campaigns because this color has a tendency to grab the attention of anyone who sees it. It can also hold the attention of the viewer for some time. On a deeper level, it conveys messages about the company to whoever is looking at it. People subconsciously associate the archetypal qualities of the color itself with the company. That is precisely why so many companies for instance utilize the colors red and blue in a number of their campaigns. It’s also why a lot of uniforms incorporate these same colors. It’s even why you see blue on police cars and red on fire engines in so many parts of the world.

If you want to dive deeper into the psychology of color, white is typically seen as pure and untouched while black conveys a mixture of power, determination, or even a sense of corruptibility. It’s the same reason why companies that want to associate themselves with nature utilize green in their marketing campaign. By the same token, most people perceive the dominant color yellow to be associated with friendliness and joy.

As previously mentioned, recessive colors involve those which have a tendency to blend into the background. Obviously, it’s fairly unlikely that colors like red or blue will end up playing the part of the recessive color, as both have a tendency to attract a great deal of attention. That said, virtually any color can be made a recessive color in the right circumstances. Even the color blue can become recessive when it is placed against something that is more bold. This is especially true when the blue color has been faded or lightened in some way. Recessive colors provide a way to incorporate a number of different colors into something without making the project look too busy in the process.

One of the main reasons that recessive colors are so routinely used is to create depth in a piece. It doesn’t matter if the object in question is for a marketing campaign or a piece of art that will be hanging on the wall. Using a combination of dominant and recessive colors creates the sense of depth. In short, this color combination completes the piece as opposed to allowing it to feel unfinished. Without the recessive colors, it would be almost impossible to pull this off. The piece would likely either feel like it hasn’t been completed or it would be so busy that it would be difficult to look at. Either way, it wouldn’t be a pleasant aesthetic. As a result, it is important to remember that the recessive colors are just as important as the dominant colors. Both play a crucial role in creating a piece in their own way.

Think of it this way. Imagine someone wearing a gray suit with a white dress shirt, black shoes, and a black tie. Granted, black could be considered a dominant color but in this case, it takes on the role of providing an accent to the rest of the suit. Therefore, the gray color becomes dominant. Even though the color black can be quite bold and attention-getting, it becomes an accent color in this example, which isn’t necessarily the thing you would notice first. The white shirt would be an example of a recessive color, as you are likely to notice that after you’ve already looked at everything else.

The same is true if you’re looking at a canvas that has been painted almost exclusively with the color lavender. In most examples, lavender is indeed a recessive color. However, things take a different turn in this particular example. If you have a canvas painted with lavender from end-to-end, that will become your dominant color unless you are throwing in accents composed of extremely bold colors such as red or bright yellow. A lavender canvas with just a few splashes of pastel color to create some depth will effectively cause the lavender color to become dominant in this example.

Another way to create color dominance is to increase the strength of any particular color. Think about the color yellow that was used in the previous example. A pastel yellow isn’t nearly as likely to get your attention as a bold neon yellow. This is true of almost any color. The more that the color itself is diluted, the less likely it is to be the dominant color. This also works in reverse. You can take colors that are typically thought of as recessive colors and strengthen them to make them appear more bold. Suddenly, you have what once was a recessive color that is now dominant.

Another thing that impacts the dominance of a color is its sharpness. Remember, the thing that attracts your attention first is most dominant. That is likely to be the sharpest, brightest color on the object that you are seeing. As a result, the sharpness of almost any color can be increased to effectively increase its dominance. Typically, sharpness is used in conjunction with color strength and the amount of that particular color being used. It’s far more rare to find a situation where only one quality such as sharpness is used without utilizing anything else.

The Use of Contrasting Colors

When you’re trying to make a point visually, it’s a good idea to use contrasting colors. When you blend several colors that are very similar in appearance together, the entire piece can become rather bland. In fact, it can sometimes become difficult to tell where one color ends and another begins. When using contrasting colors, you don’t have to worry about this. It’s very easy to see where the focal point is. This in turn makes it easy to see where you are trying to direct the attention of others.

Using Dominant and Recessive Colors to Create the Right Aesthetic

Clearly, the type of aesthetic that you choose to create will vary depending on the reason you’re creating a particular piece in the first place. You can use a combination of both dominant and recessive colors to create a certain aesthetic based on how it relates to psychology. In a way, you’re using the color palette to get inside the minds of other individuals in order to attract attention to something that is important to you.

It’s really no different than creating something poignant with words. You see this all the time in both prose and poetry. Writers create something that speaks to the very souls of those who read it. This is exactly the same thing. It’s just accomplished through a different medium. As opposed to using words to get your point across, you’re using colors. Either way, you are attempting to connect with other individuals in order to prove a point, get something across or convince someone that your point of view is worth hearing.

Art Is Subjective – Dominant Color Is a Science

Many people choose certain dominant colors for a particular project because they want those colors to speak to their audience. It’s important to remember that art is subjective in any form. The thing that truly speaks to one person may go completely unnoticed by the next individual. Worse yet, a person may dislike the way that a certain piece looks for one reason or another. If that’s the case, you’re less likely to get your point across because that individual probably won’t spend that much time looking at it.

While this may feel overwhelming, it is equally important to remember that the science of dominant and recessive colors is exactly that – science. Even if you create something that isn’t necessarily well-received based on aesthetics alone, the science involved with dominant and recessive colors can still help you get your point across. It is precisely why messages that need to be noticed almost immediately are red. There are certain colors that stand out, regardless of their particular appeal on a personal level. Therefore, the use of those colors can make a dramatic difference in getting your project noticed for the right reasons.

One of the biggest mistakes that people sometimes make is using two dominant colors for the same piece. This essentially forces those colors to compete with each other. In the end, they tend to drown each other out. If you are truly trying to get someone to focus on a single point, it’s best to use one dominant color and then create depth by using a number of recessive colors that compliment your dominant choice.

At the end of the day, it all comes down to using the right combinations of dominant and recessive colors to create a very specific look and feel. This will obviously change depending on each piece. As such, you may choose certain colors for one project and then deliberately refrain from using those same colors for the next one. 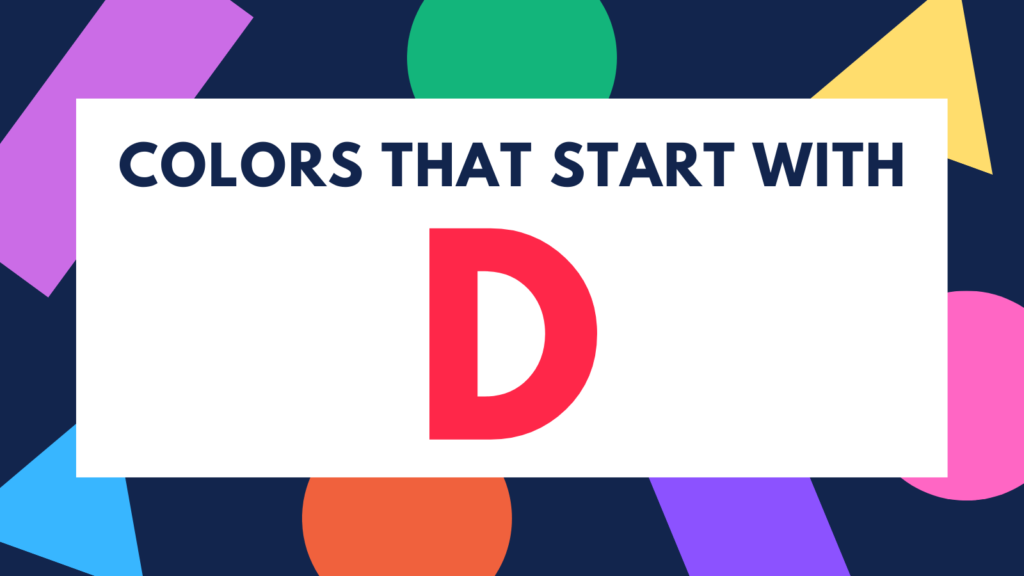 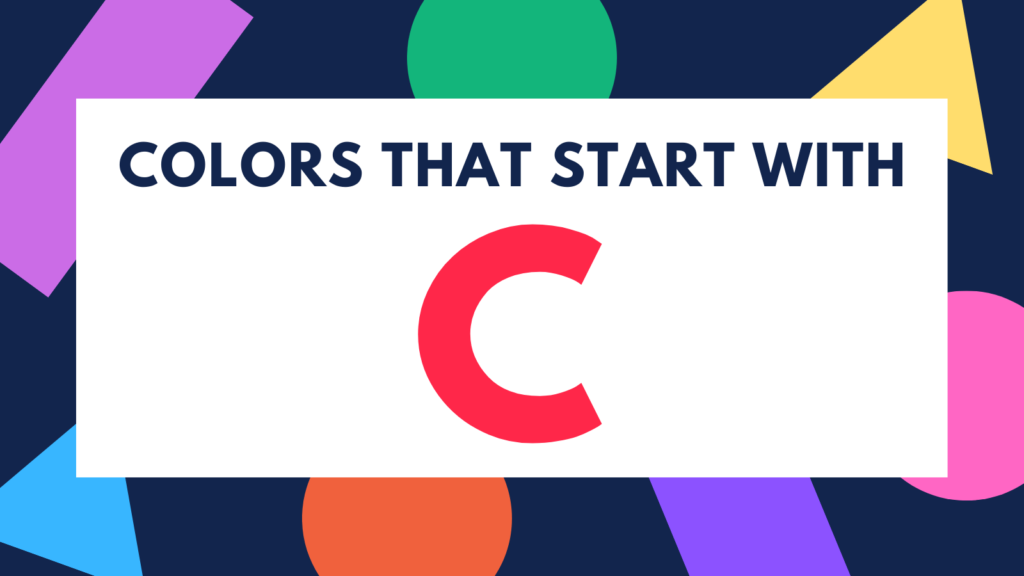 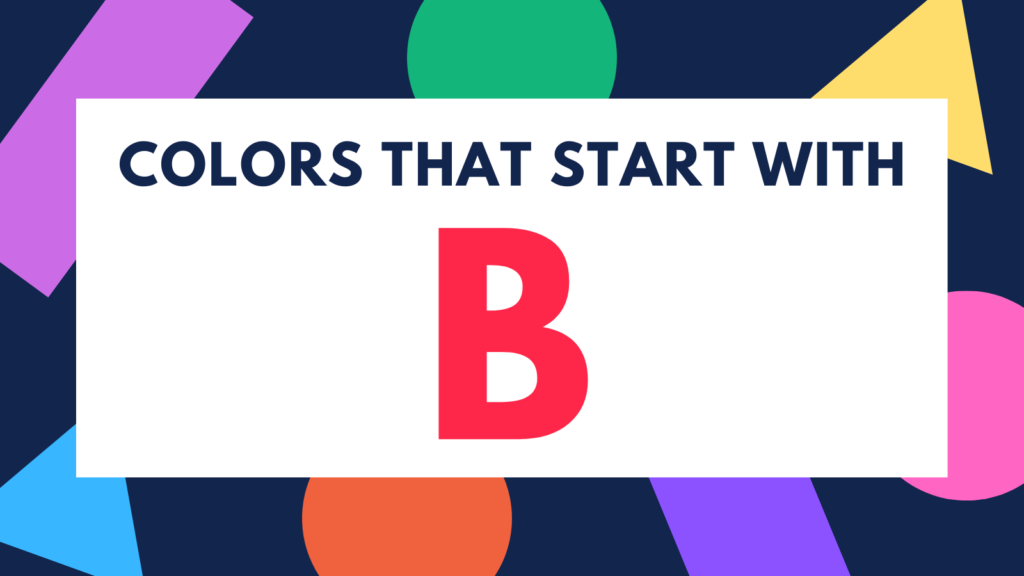 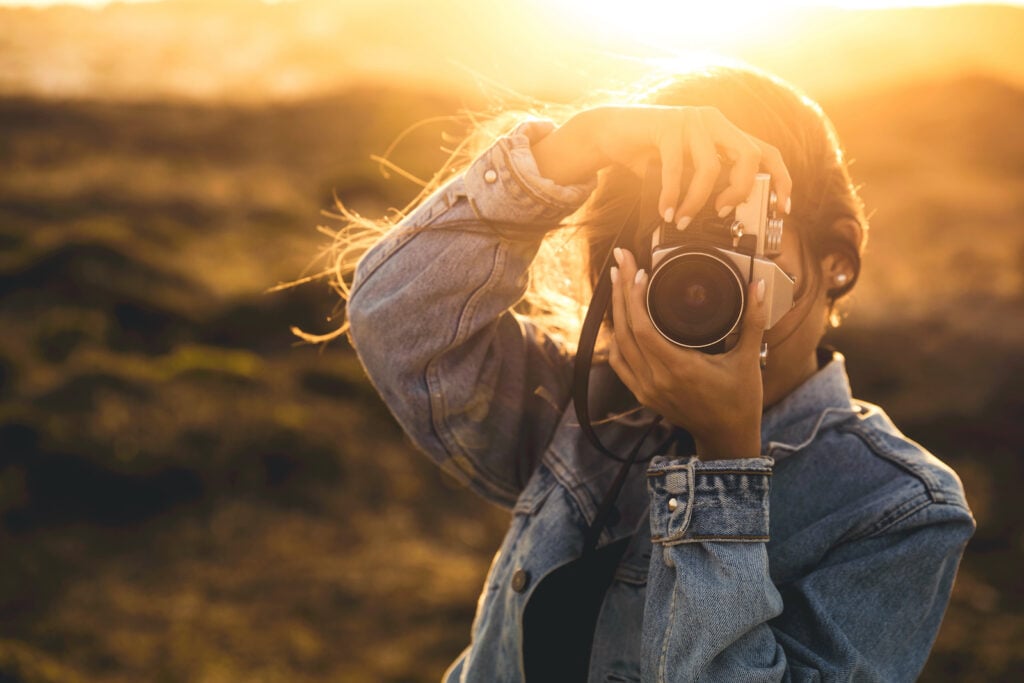